Recently, at working meeting with Mr. Yota ONO, the Director of National Resources and Environment Department (Ministry of Trade and Industry of Japan) on progress of development of Nghi Son Refinery and Petrochemical Complex Project (Nghi Son Refinery), leaders of Thanh Hoa province asked Idemitsu Kosan Company (Japan) and other constructors to hasten progress of the project. 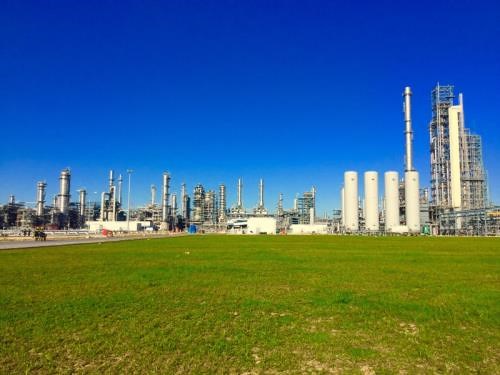 Emphasizing the special important meaning of Nghi Son Refinery for Thanh Hoa economic development, the province had a high degree of concentration to solve the difficulties and created the most favorable conditions for the project to be deployed in schedule and operated as soon as possible.

Exchanging with Thanh Hoa leaders, Mr. Yota ONO said that Nghi Son Refinery is one of the most important projects of Japanese enterprises in Vietnam. This is also a project, in which the most modern technology and equipment are applied and when being in operation, it will contribute to economic development in Thanh Hoa province, particularly and in Vietnam, generally. With this complex, Vietnam would also become one of the leading countries in Asia on oil refinery and petrochemical technology.

The project was officially licensed (firstly) in the beginning of 2008 and started for construction in October of 2013. The capacity of the project is expected to rise to 20 million tons per year by 2020 or sooner.